Skip to content
Our offices are located on the original lands of the Anishinaabeg, Anishininewuk, Dakota Oyate, Denesuline, Nehethowuk and the beautiful homeland of the Red River Métis.
Our Team2022-11-10T10:46:29-06:00 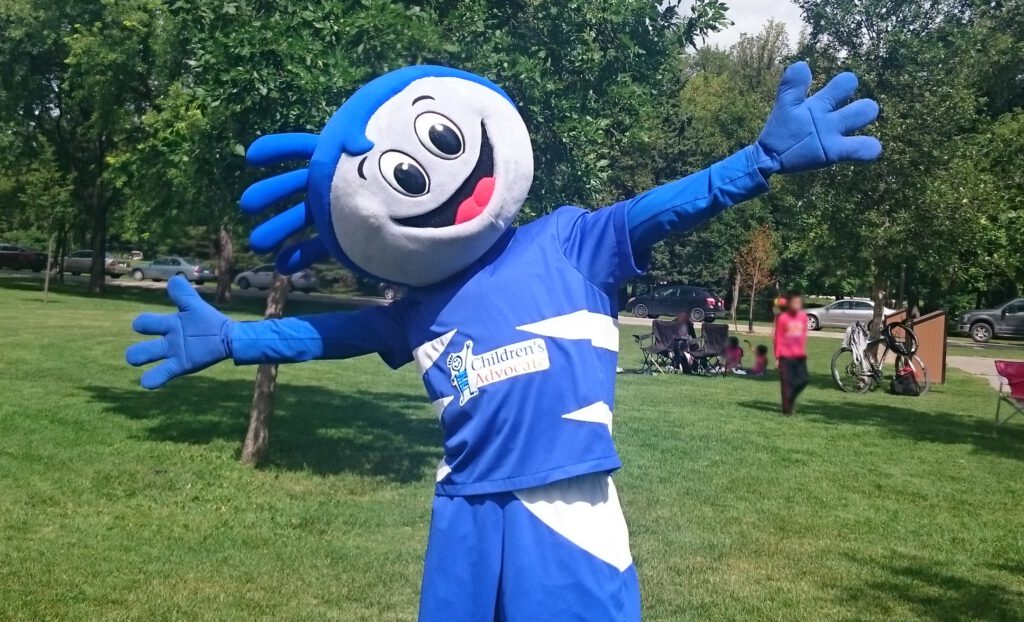 Wavy Guy joined the Advocate’s team in June 2013. He is best known for his adorable smile, endless enthusiasm, and unwavering love of all children, youth, and adults. Wavy Guy often can be seen at parks, picnics, festivals, and any event where children and youth might be in need of a celebratory high-five, or an encouraging hug.

Prior to coming to work with the staff at MACY, Wavy Guy was in school, studying the United Nations Convention on the Rights of the Child (UNCRC), an international agreement between many countries around the world. While in school, Wavy Guy learned that many children and youth in Manitoba don’t know about or understand their rights, which motivated him to seek out MACY and (with a dizzying round of arm waving and dance moves,) he explained that he wanted nothing more than to help MACY connect with young people across Manitoba and promote the rights of children and youth.

And even though Wavy Guy can sometimes be shy (and we’ve never heard him actually speak), he finds more than enough ways to communicate his love for everyone, and his belief that young people have the right to speak up and be heard by any adult making decisions that affect children and youth.

If you have an event coming up and would like to invite Wavy Guy (he would be so thrilled!), please contact Allen Mankewich who manages his schedule, since we’ve been unable to modify a keyboard to adequately allow him to oversee his own calendar. Allen can be reached at (204) 451-6111, or amankewich@manitobaadvocate.ca.